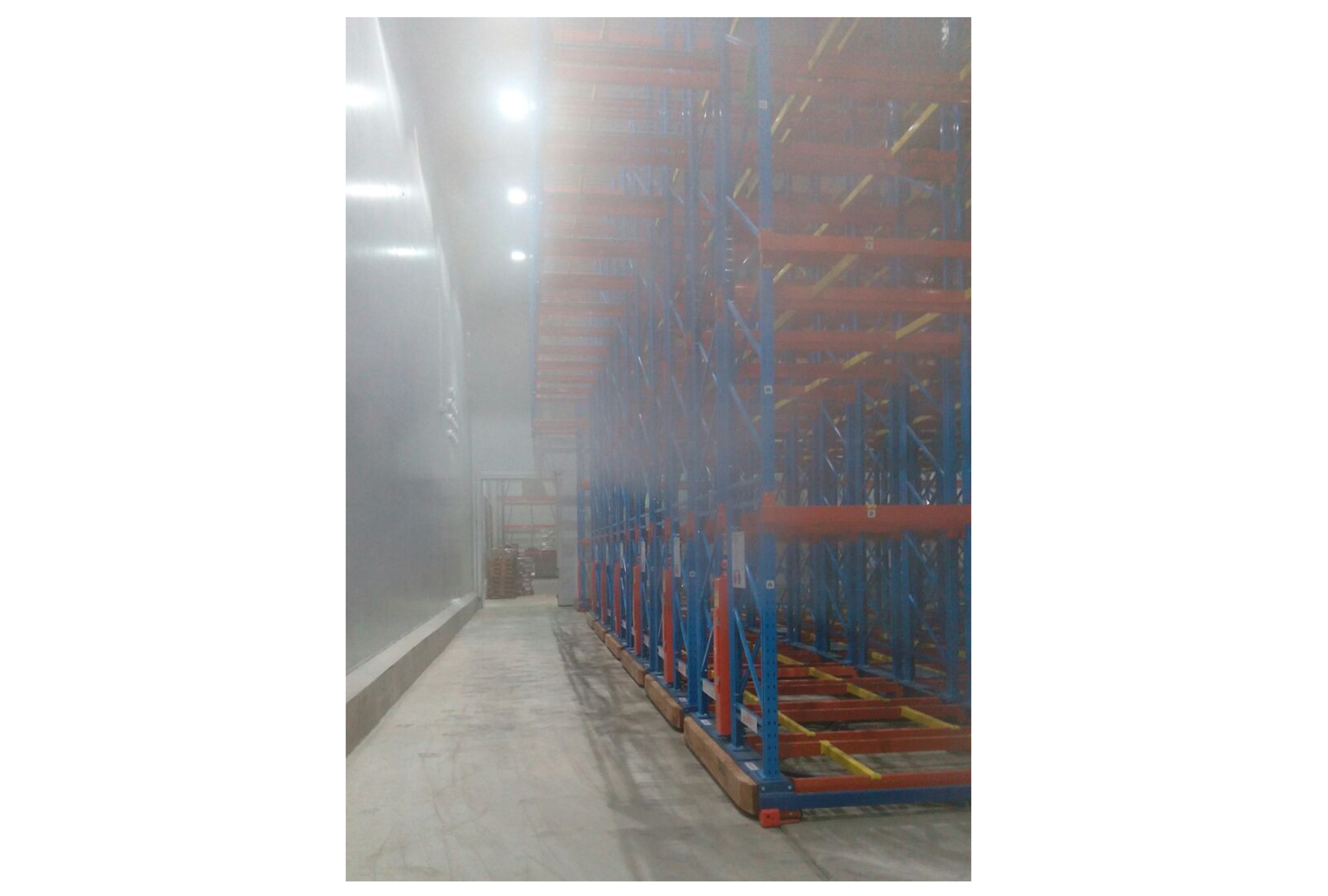 Five years ago a major trawling and fish processing operation in Walvis Bay decided to invest in their own freezer store rather than rely on costly third-party storage as they’d be using until then.

The requirement started off needing only approximately 500 pallet positions in a fairly small facility, but as the project developed through the planning stages, and the customer came to realise just how space-efficient mobile racking was, the requirement grew to a minimum of 1500 pallets. With the use of Storax mobile racking it proved possible to achieve in excess of this number in a freezer of only 720 sq. metres, and with every pallet being individually accessible.

Having started planning early in 2012 through into 2013, by the end of that year installation had commenced, and final handover and commissioning was completed in early 2014.

However, it was only a year later that the customer realised that he had been far too conservative in his estimates, and as the company developed the need arose to construct a further facility for yet another 3000 pallets.

Serious planning started in 2015, and by the end of that year the new freezer was finalised at approximately 1250 sq. metres accommodating well over 3000 pallet in Storax mobile racking.

Despite various construction and project delays the new facility was completed during the following year, and the racking system installed at the beginning of 2017 with commissioning before mid-year.

Pictured left: View at end of mobile, showing control panel for individual controls, sensor for remote RF control, the timber bumper we install to protect the end of the mobile from FLT impacts, and the pallet support bars (yellow) recommended where pallet quality is questionable.