Mobile racking can work in most storage applications and companies appreciate the fact that mobiles either save them space or double storage capacity. However, as with any other mobile equipment, mobile racking must be treated with care. Companies have realised that rack damage caused by careless forklift operators is an avoidable expense. However, there are no short cuts to correctly training forklift and reach truck drivers.

Accredited Training, a forklift and crane training company based in Somerset West, understands the need to prevent rack damage. Its instructors have noted that the following can happen in cold stores and warehouses.

These factors lead to rack and product damage, as well as the threat of serious injury in the pressurised operations of a warehouse or cold store. In some cold storage situations, supervisors do not spend sufficient time in the freezers to see what’s actually happening. Rack loading capacities can be ignored and pallets dangerously placed in the racking.

All of the above can result in expensive repairs. Accredited Training offers high quality initial and refresher forklift training and even supplementary training for operators working in mobile racking. It also offers a management seminar to enable supervisory staff to recognise bad driving practices.

Whilst recently re-reading the “storage equipment manufacturers association” (SEMA) code of practice for the use of pallet racking in warehouses, I was struck by how it isn’t followed in South Africa. While local rack manufacturers at least say that they produce their products to SEMA standards, estimates of the percentage of warehouses who even try to follow this code vary from 2% downwards. Requests to meet with a warehouse PRRS are likely to be met with a blank stare. If, and increasingly when, a rack collapse occurs, the normal reaction from warehouse management is to say that it had been under-designed.

If just the code’s system of rack inspections was implemented across the warehouse industry rack collapses could be reduced by over 80 %. Every warehouse should have a trained PRRS (person responsible for racking safety). Forklift drivers should be encouraged to report any rack impacts immediately to the PRRS for assessment and, if necessary, repair.

Competent trained persons, who may or may not be the PRRS, should inspect the racking on a weekly basis, complete the necessary paperwork for all damages noted.

Here the red, amber and green levels of damage are used.

Level of damage is twice the SEMA limits. Affected bays to be immediately cleared and demarcated with hazard tape until repaired by a trained rack repairer.

Outside SEMA limits but racks do not require immediate offloading although no new pallets should be placed in the affected area. Once the area is empty, the racks can be repaired, so long as this happens within 4 weeks.

If it doesn’t, the area is treated as Red.

Damage is within SEMA limits but is recorded and checked weekly to make sure it hasn’t got worse.

As part of the weekly inspection additional aspects including pallet quality, beam deflections, cleanliness and rack protection should be recorded and commented on. The report should then be signed off by the warehouse manager and the necessary repairs authorized. Annually or preferably bi-annually, the racking should be inspected by an external technically competent person primarily to make sure that the internal inspections are being done properly and that the internally reported damage is actually being properly repaired or replaced.

A few years ago, English Heritage, which looks after England’s historical artefacts, had run out of storage space. 200 pallets holding stone work from Hadrian’s wall were lying in an unmanned cow shed in Mafen and 15 pallets from the Tynmouth Priory were being stored in a WW2 gun emplacement on the North Sea coast. As English Heritage had a 1993 custom built storage facility in Hemsley, Yorkshire, it was decided to increase the storage capacity there as cost effectively as possible.

Once the decision had been made in 2008 to install Storax mobile racking, the curator of the Hemsley store, Susan Harrison, had to decide the maximum weight of each pallet, a standard pallet size and where in the store each pallet should be placed. In the end, pallets were assigned different coloured markers depending on weight and stored accordingly. Some items including bone fragments, metalwork and ceramics needed to be stored in a humidity free micro climate which was achieved by using plastic boxes and silicon gel. As the relative humidity could vary rapidly near the ceiling of the store, items which could be negatively affected, ie those made of wood, were stored on the lower levels.  During the installation of the mobiles, the artefacts already in the store were moved to a neighbouring building. In order to prevent the creation of dust, an overlay slab was laid which included ramps to allow forklift access and a wide moving aisle was created so as to allow the existing counterbalanced machine sufficient space to do a 90 degree turn.

Susan drives the forklift herself and chuckled that her productivity was rather low “you see,” she said, “we must prevent damage at all costs, so I take my time moving pallets into and out of the Storax  system.” With over 800 pallets stored the mobiles are now full, but it is still possible to retrieve any pallet quickly whenever it is required for study.  Previously, it was necessary to move other pallets first, which made the retrieval process slower and increased the risk of damage.  While Susan is delighted with how the mobiles have increased storage capacity and improved access, tests are still ongoing regarding humidity levels, and on the possible movement of the wooden pallets on  the rack beams.

As insects can cause damage, traps have been put down to detect them early. Being able to sweep the entire floor quickly and easily assists in their early detection. Under the current risk assessment, the base motors are left uncovered so to be accessible in case of a motor failure. Susan was also in the process of implementing a stock location system for the store.

As the store holds Roman, early Saxon and medieval artefacts, each pallet holds an invaluable history of these periods. Between Roman memorial stones, Susan pointed out an effigy of Henry Percy, the first lord of Alnwick, who lived in the 13th Century and pointed out how some masonry from the nearby Rievaulx  priory  still showed remnants of the medieval paint. One Arch head from Fountains Abbey, popularly known as “ET” seemed to show the head of a baboon. Investigations suggested that the image would have been taken from a bestiary or book of beasts, some real and some imagined, which would have been one of the prized possessions of any religious house.

Susan’s prize exhibit was a bronze age axe head which had been found near a smelter in Cheshire. In mint condition, this axe head had been made as part of an experiment to see what combination of copper and tin was best suited for it’s intended purpose. When one considers that it had been made some 3800 years ago,  the skill and precision displayed makes one realise that although our ancestors did not have mobile racking, they were far more advanced than was previously thought.

We recently received an update on the store from Paul Horton, Project Engineer at Storax Limited, ” The new building has been built to store historically important items like furniture, fireplaces, doors, even coffins in a safe, controlled environment. All items of unusual sizes. 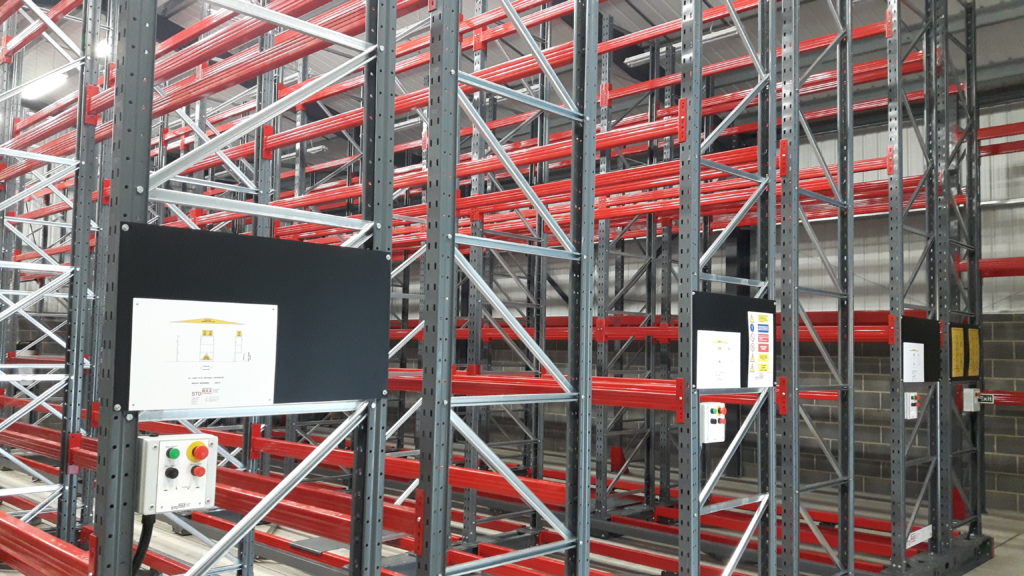 They opted for a mobile racking system to give them easy access but maximise storage, with over 300 storage locations over 4 mobile bases, a hand powered mobile shelving system for small item and document storage, some APR locations and a bespoke historic carpet storage system to allow them to store 30 carpets and rugs up to 4 metres in length safely and allow access to them without the need to move other items. 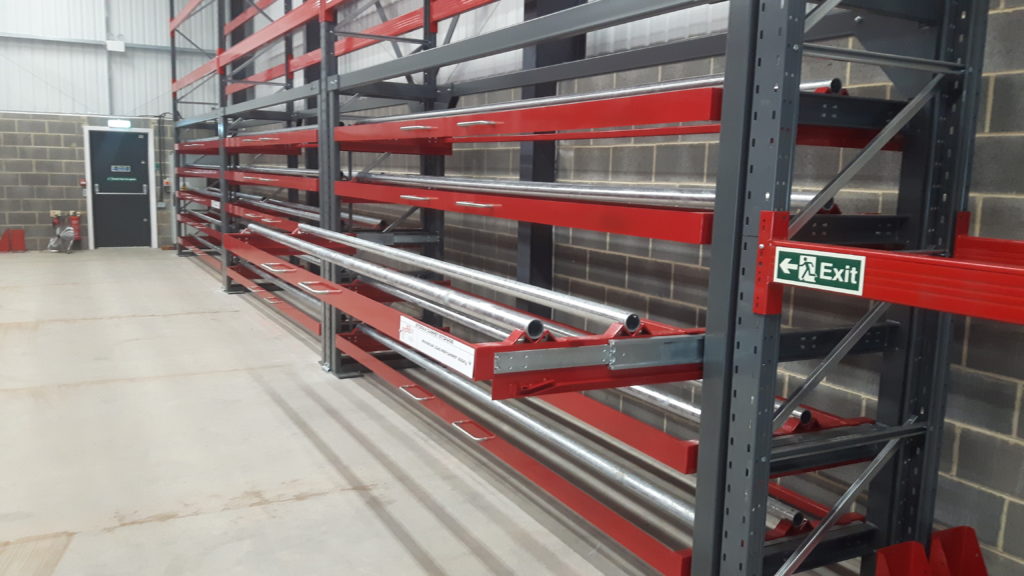 Storax mobile racking stores more… of just about anything! What do you need to store? – CONTACT US TODAY