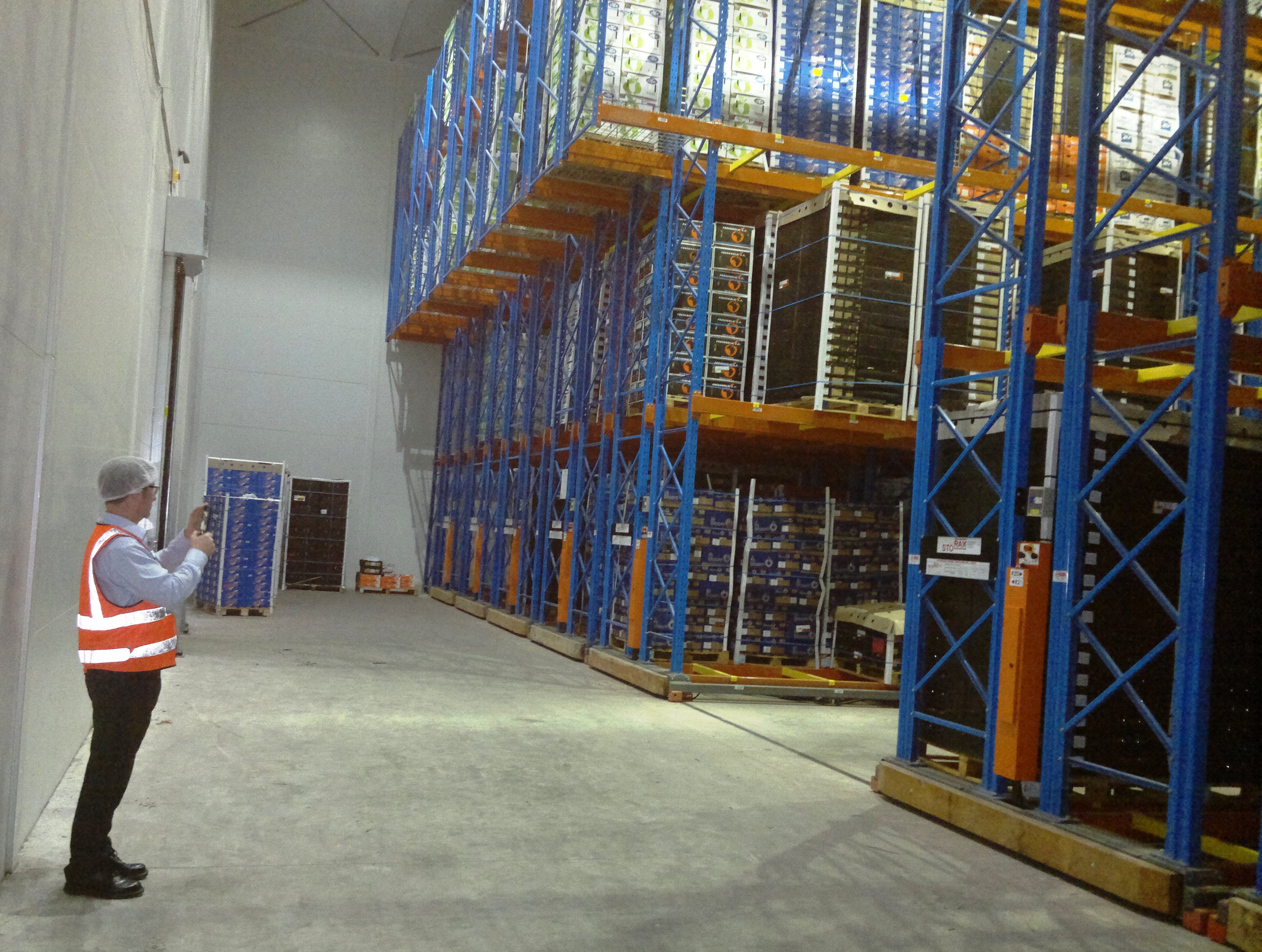 It was interesting for David to see the logistics at the origin of many of the apples and pears he will be buying in British supermarkets when he goes back home.

The Storax mobile racking system is designed to hold 1600 hi-cube fruit pallets on 4 levels, and was completed just before Christmas 2016 in time for the deciduous fruit harvest as part of Novo’s brand new fruit sorting, packing and cooling operation.

Apart for the Storax mobiles, there are several other innovations in this packed fruit store, including the use of RFID tags to identify pallet locations for the warehouse management system. The tags have been secured to the racking beneath each location, and are picked up by a receiver on the reach truck forks. A cleverly fitted camera on the forks, helps with accurately handling and positioning pallets on higher levels. This solution was supplied by “appsource”. For more information contact Andre Swart on 021 300 1057.

The pallet dispatch area is raised 1450mms and is designed to allow container doors to be opened and closed when the container is parked. It was decided to load containers by means of stand on pallet jacks supplied by Linde, another local first, as containers have always been loaded with counterbalanced forklifts. The “unusual” 1550mm ground to container floor height presented a challenge for Linde as their machines could not negotiate the container lip. This was overcome by increasing the machine’s rear clearance. The powered pallet jack is considerably lighter than a counterbalance and significantly more maneuverable, especially inside the container.

Using stand on pallet jacks for loading containers and trucks is the norm in Europe but has been slow to find acceptance in South Africa. While it is true that the front outrider wheel can damage the bottom pallet slats when the pallet is picked up, this can be avoided by placing a wooden plank on the forks to govern the position of the pallet.

Henco reports that, after their first successful season, all the new systems and equipment have performed exactly to plan, and Novo look forward further success in times to come.