A reply from one of our most valued readers

A reply from one of our most valued readers

Hello to all your readers. I am Gert Wolfsohn, whom James Cunningham asked to say a few lines as to how I started Storax RSA which then became Barpro Storage. — — SO HERE GOES!!!

When I sold Paarden Eiland Coldstore to Gaston Fernandez, the owner of Lusitania Seafoods, my son in-law Brian Derman replaced me as manager, but allowed me to continue as advisor. It was, I think in the late 1980’s when Brian read about Storax Mobile Racking in a magazine, told Gaston and myself about it and, as cold store managers, we immediately saw the benefits. Brian and I wrote to Peter Spears, Storax’s MD in the UK to the effect that I would like an agency to market Storax mobiles in South Africa. Peter asked us to meet up in the UK, which we did, and got on extremely well.
As Brian was employed by P.E. cold storage, I spread the good news and the merits of Storax around RSA, getting lots of interest but no orders except for Hermanus Seafoods which was part of the Lusitania Group. This was our first installation. I battled on with Peter Spears making regular trips contacting and meeting with cold storage companies that had expressed interest. Eventually, after almost four years, we got an order to install mobile racking at Commercial’s Duncan Dock Cold Store after their terrible fire on January 1st 1993. Thereafter sales spread around RSA, with all installations being supervised by Barpro engineers from the UK, and I served my STORAX installation apprenticeship. As all our Storax installations worked well, the favorable word spread around, ably supported by Peter Spears who continued visiting South Africa on a regular basis.

Having been a pilot in the South African air force during WW11, I knew the value of having spares close at hand and insisted that we carried a full range in our Shropshire Street, Cape Town, store.

A year later when a customer needed a spare urgently, he was most impressed that we had it in stock and got him going with very little delay. I must emphasize that Peter Spear’s regular “back up visits“ ex UK were a great help and support for me. Also I must add that my enthusiastic sales pushes for the benefits of Storax kept me going at top speed well into what should have been retirement, as I got to really like the Storax system for its reliability and ease of operation at all times.

I truly regret my immigration to the USA and having to leaving Storax behind but in my senior years my family life came first!

Good fortune to all at Barpro Storage now. I really miss you all and STORAX. 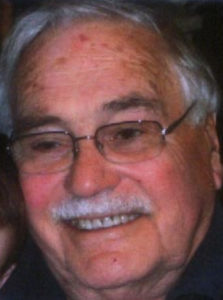 Read more: The Strength of Continuity

Read more: An 11 Year old Storax system is repaired in Mauritius for the first time!