A few interesting thoughts about how refrigeration has changed our world 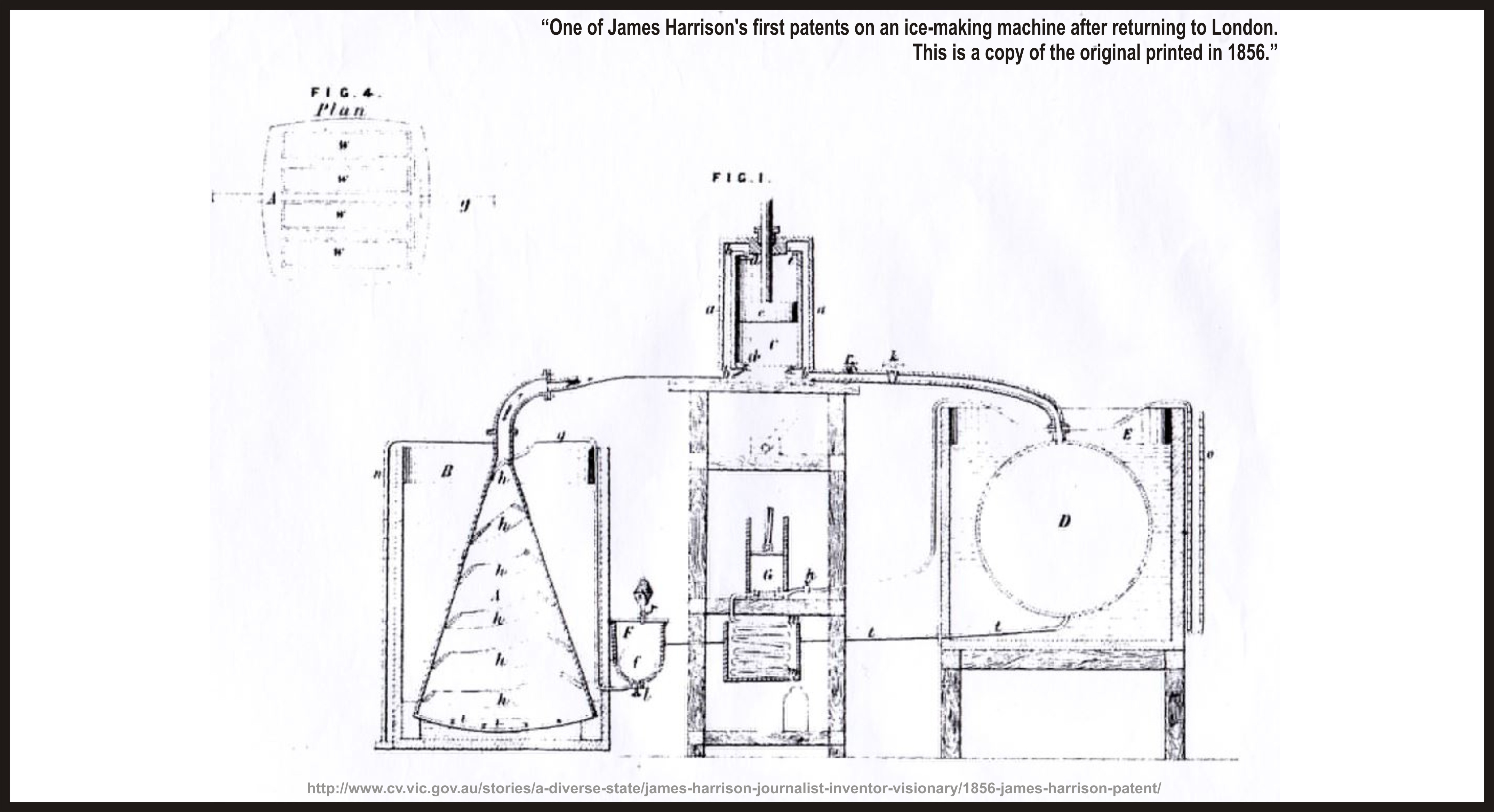 A few interesting thoughts about how refrigeration has changed our world

Refrigeration changed the world – Today we buy frozen meat and fish, not to mention vegetables and ice cream without a second thought. But the preservation of meat for later consumption hasn’t always been that easy. While Ice houses were used to preserve animal carcasses, salting in barrels or smoking was far more common, but even then not entirely safe. It was James Harrison, a newspaper editor from Geelong, Australia, who, finding his fingers got cold from cleaning type with ether, set investigations in motion that resulted in refrigeration as we know it today.

At the end of the 19th Century, industrialising European cities were growing rapidly and colonies in South America, Australia and New Zealand had surplus livestock. If it could be slaughtered, frozen and transported safely across the equator, a huge business opportunity was there for the taking. After some mishaps, the commercial shipment of frozen carcases was proven with the voyage of the Dunedin in 1882. This sailing ship was equipped with the earliest coal powered refrigeration system and her cargo made a profit of 4700 GBP. A banquet was held at which the cooked frozen lamb was served. The brave souls that participated where watched for several days to see if they would survive the ordeal.

Nicknamed “Octopus Graaf” for his tendency to get his tentacles into all sorts of business, Graaf had a “brambles” or slaughtering area in Cape Town. As soon as the telegraph brought news of the Dunedin’s success, he travelled to Europe and the US for several years sourcing equipment and know-how with which to establish Imperial Cold Storage. While his first cold store in Dock Road burnt down in the 1920’s the offices of the second edition still exist. Indeed, Cape Town’s first power station was also built by Octopus Graaf.

The building still stands next to the Molteno reservoir and supplied power to his new cold store in Dock Road.

But surely frozen meats don’t really taste so good when they are defrosted and eaten. They tend to be mushy and tasteless as large ice crystals destroy their structure. The ultimate example of this was the alleged frozen woolly mammoth served up at the Explorers Club’s 1951 Dinner at New York’s Roosevelt Hotel. It was advertised as being 250,000 years old, dug from the permafrost of Akutan Island in the Bering Sea.

Being tasteless, one diner preserved a chunk which has recently been subjected to DNA testing. It seems the mammoth might have been a turtle after all.

The slow freezing problem challenge was solved by one Clarence Birdseye. He started out as a taxidermist, but discovered in the 1920’s that fresh fish caught in the high Arctic froze quickly at Minus 43ºC and tasted far better than when slow frozen. I suspect the Eskimos had known this for centuries but when western civilisation got hold of it a whole world of TV dinners and other frozen delectables opened up.

Ironically Birdseye’s first company went bankrupt from lack of interest, but his second was sold for a fortune to Goldman Sachs and eventually became part of Unilever.

During my youth, its mascot, Captain Birds Eye, became the most recognisable captain on the planet with the exception of Captain Cook. One doesn’t easily forget his famous fish fingers and bye line, “Only the best for the Captain’s table”.