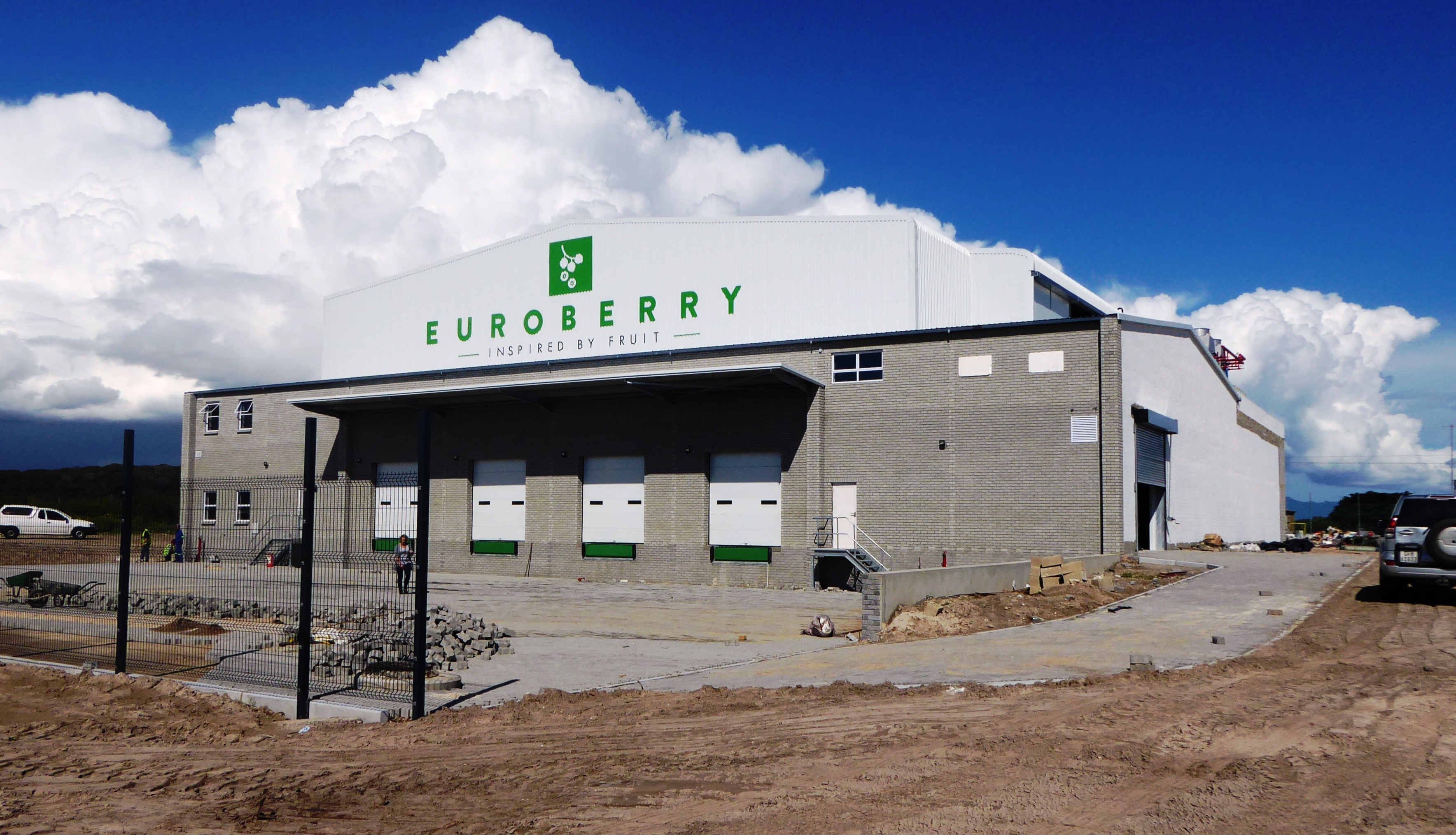 An article by Alan Moule.

Euroberry in Somerset West is a family owned business established in 2000 to supply the local market, nation-wide, with frozen berries – later expanded to include concentrates, purees, and other allied products.

Originally most fruit was imported, frozen, and the market was served out of head office in Western Cape with branches in Johannesburg and Durban. However the market has grown and developed over the years with more and more use being made of fruit from local suppliers, which then requires in-house freezing. Accordingly the decision was made in 2016 to rationalise operations into a new facility near Somerset West which would provide state- of-the-art freezing technology, as well adequate freezer storage and the logistics for centralised distribution.

Planning commenced with a hand-picked team of specialist professionals, engineers and contractors – including of course Barpro Storage SA, who would be installing a Storax mobile racking system into the 1200 sq.metre freezer. Storax rails were installed through the whole chamber to provide for future needs, but initially only 4 mobile bases were purchased, which together with fixed racks provide a total of 1856 pallets positions, plus a further 150 dedicated slots for frozen fruit drums of concentrate. As demands increase in future a further 5 mobiles can be installed bringing the combined capacity to 2540 pallets.

A vital component of the operation is the ability to rapidly freeze fruit supplied by local producers down to temperature prior to placing into the freezer. This can be achieved by means of the ‘Octofrost’ – best described as a free-standing blast freezing tunnel – at a rate of up to 2000kg per hour. This is a specialised and fairly expensive piece of kit, and very energy-hungry, but places Euroberry at the forefront of modern methodology within this industry.

Another very important and innovative feature of the new cold-store is the fire prevention system. Everyone in the cold storage business knows that sprinkler systems are a questionable solution at best. Hugely expensive, requiring large reservoirs of water on permanent standby, and constant checking, monitoring and maintenance, when actually activated in emergency they either fail, or cause more damage than a fire would have.

International best practice now suggests that oxygen deprivation is a far preferable means of fire prevention. Combustion cannot start or be maintained in the absence of an adequate supply of oxygen, and the system implemented at Euroberry is designed to keep the percentage of oxygen in the room at levels comfortable enough for people to operate in, (approx. 17 % ) but too sparse for ignition or fire.

This is not only a far more elegant solution than sprinklers, but represents considerable cost savings.

The system works by sucking in and compressing outside air, drying and cleaning it, removing the oxygen from it leaving almost pure nitrogen, and then blowing this Nitrogen rich air into the freezer. The system then carefully and sensitively monitors the air in the freezer and gradually pumps in nitrogen as required to maintain the required balance.

The systems was designed and installed by FX-Prevent B.V. (represented in South Africa by Nitro-Gen (Pty) Ltd and to our knowledge is the first such in any freezer in South Africa. We anticipate there being many more, and there’ll be a further article on this subject next month.

Marc Van Nes, Managing Director of Euroberry, is delighted with the way in which the project was handed by all involved. “This could have been a far more painful and complex operation that it has turned out to be. Careful planning with a team of selected specialists has resulted in an admirable level of team work and co-operation – and this has enabled us to keep on schedule with hardly any hitches. The facility was handed over as planned on October 1st – right on time for the summer season.”