HOW NOT TO LOOSE A DEADLY VIRUS IN A COLD STORE

HOW NOT TO LOOSE A DEADLY VIRUS IN A COLD STORE

In the cold storage industry the commonly used methods of stock rotation are FiFO (first in first out) and LIFO (last in first out).  For those of us who have actually managed cold stores there is another one called FISH.  This stands for “first in still here.”  That’s what seems to have happened with some phials of the small pox virus which was eradicated globally in 1980.  Someone was cleaning out a cold store in a Washington laboratory recently when they came across 6 phials of the deadly virus.  While it isn’t known if the virus is still alive it’s safe to say that the contents will now be checked with the same levels of safety as in Atlanta’s CDC and Russia’s Novosbirisk where the remaining official samples are stored.Of course, if the laboratory cold store had been using Storax mobile racking, this situation should not have occurred.  With Storax, every unit load is immediately accessible at the touch of a button which doubles storage capacity while at the same time simplifying stock control.  For smaller items the same result could have been achieved with a Modula vertical storage system where items are placed in trays up to 11 metres high, tracked electronically, and delivered in seconds to approved operators. 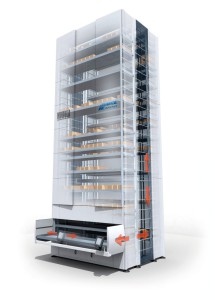 Either way, Barpro Storage could have solved the Washington laboratory’s rather serious stock control problem.  If we could have helped them, maybe we could also help you.