The US is waking up to the efficiencies of Storax mobiles

The US is waking up to the efficiencies of Storax mobiles

While mobile racking is standard in South Africa with over 400 systems installed since 2000, America’s sleeping giant of a market is now waking up to the opportunities that mobiles afford.  Storax’s agent in the US explains the advantages of Storax mobile racking in the lead up to this year’s Promat exhibition in Chicago.

“The demands on facility managers to juggle growing inventory capacity, cost of building expansion or relocation, labor shortages, and reducing lead times all had increased in 2018,” Todd Jessup, principal of FLEXSPACE.  “We are pleased to showcase three examples of how Poweracks helped businesses in 2018 become more flexible and agile, deliver optimum efficiency, become automated – not static with their storage operations.

Smith Corona isn’t just any business. It has been putting ink to paper since 1886, beginning with typewriters and later transitioning to labels. They are a company of firsts: the first portable typewriter, the first personal word processor, one of the first to introduce thermal printers and thermal ribbon technologies. Today, as a leading US manufacturer, they produce thermal labels and ribbons used in warehouses primarily for barcoding Smith Corona’s growth necessitated a warehouse expansion for additional storage. Its current facility was landlocked which left them no other choice but to utilize real estate across the street.
Additional space but at a cost of labor, production, and overhead inefficiencies. A better economical, logistical, efficient solution for increased storage capacity was needed. 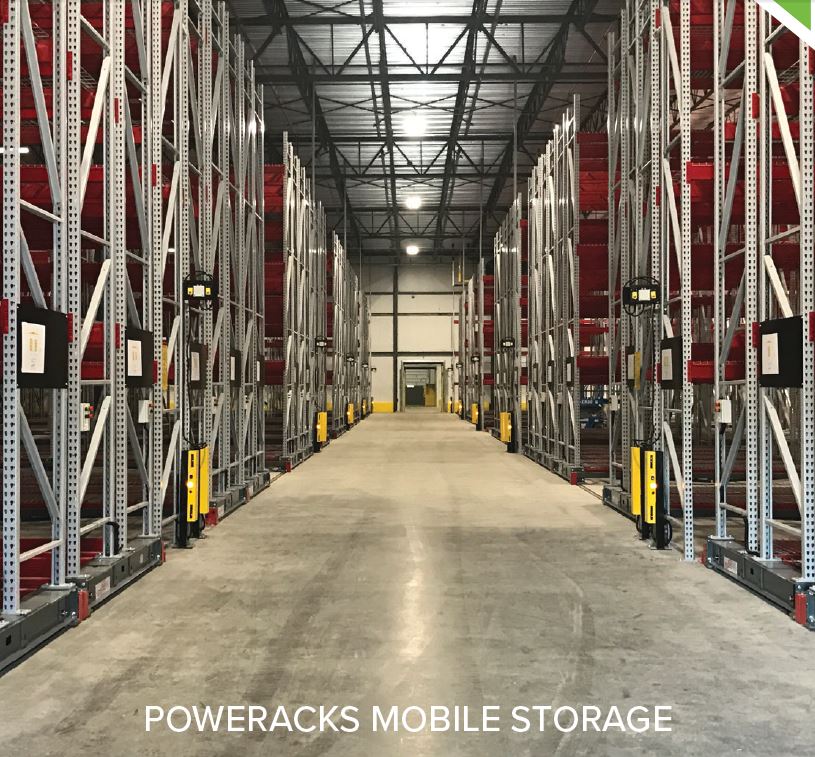