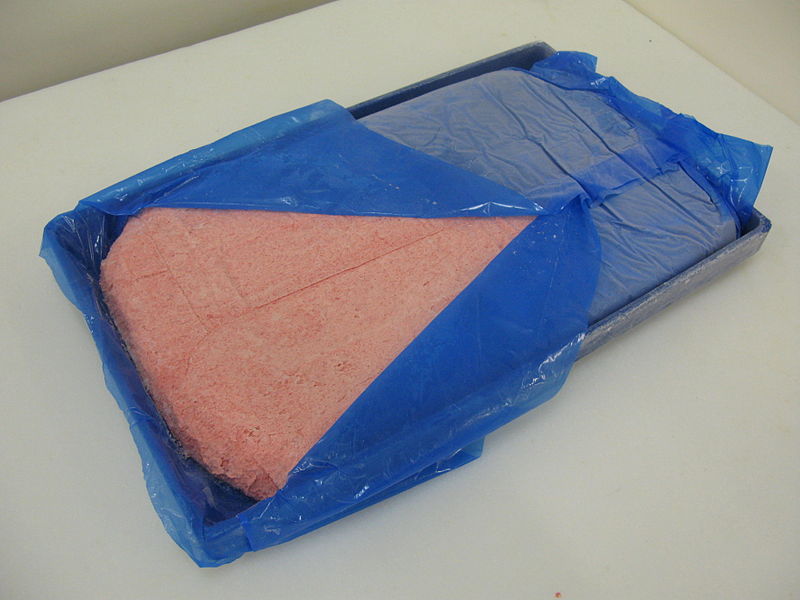 Since at least 2006 imports of Chicken MDM have been increasing. MDM or mechanically deboned meat is produced via a process in which the remaining muscle is collected after all the other cuts have been removed from a carcase. No Chicken MDM is made locally. MDM is used as an ingredient in frankfurters, burger patties polonies and in other forms of processed meats.

MDM is a cheap protein source and in times of economic hardship the consumption of MDM tends to rise as is currently the case.

MDM is normally plate frozen and has a high density making palletised product heavier than normal.

If MDM is to be stored on Storax mobiles care must be taken to make sure that the pallet loads do not exceed those for which the Storax system was designed. The specified loads can be found in the project document or on the base loading signage.

Care must also be taken when using any wooden pallets which come with the MDM. As MDM is relatively heavy, all pallet positions should have at least one pallet support beam in the racking or a mesh deck. This will provide additional support for the wooden pallet base and help to prevent pallets breaking while in the mobile racks.