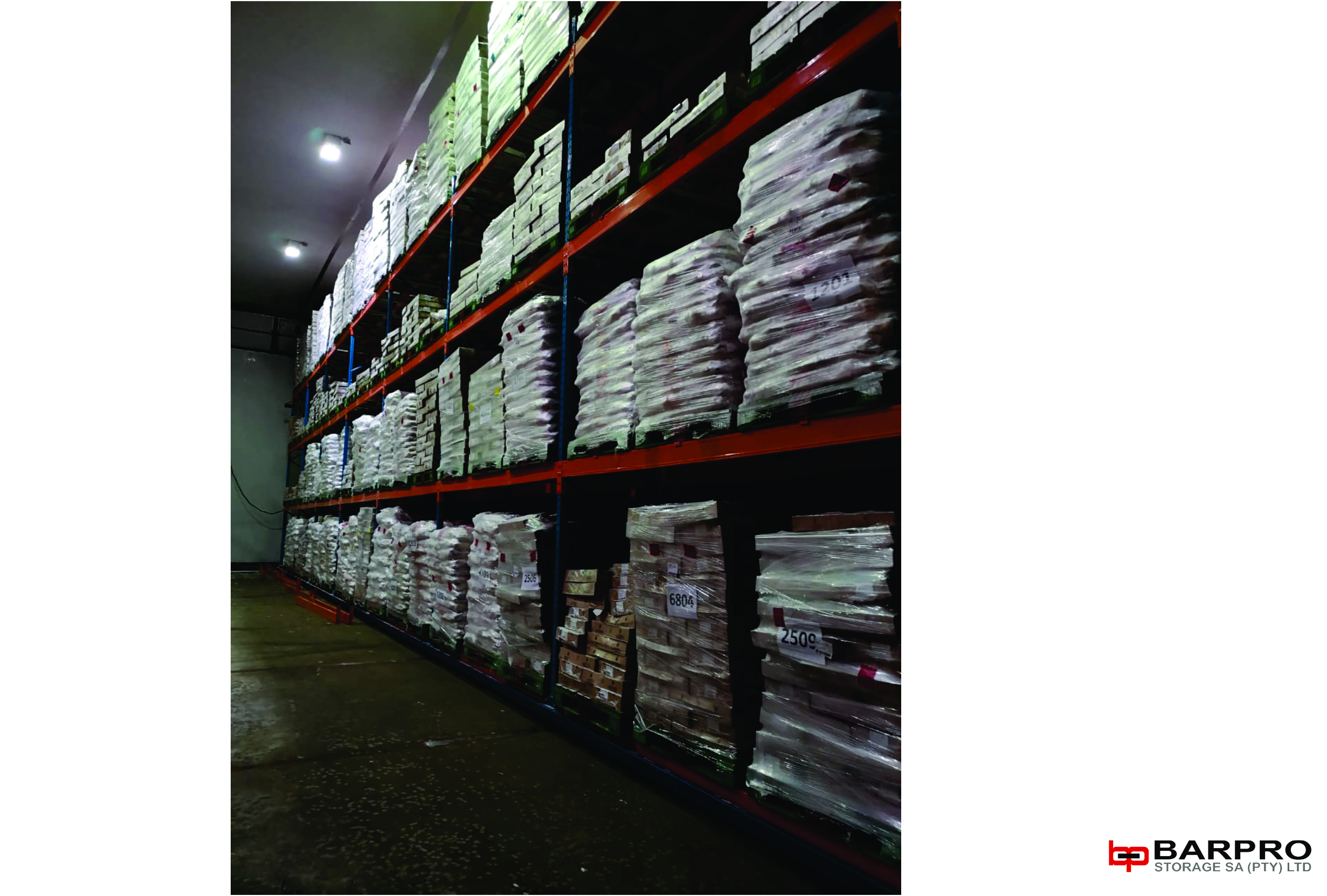 Due to Initial storage requirements and budget constraints the store was equipped with fixed selective racking for 560 pallets, although Keith persuaded his clients to install Storax rails in the floor and to design the racking for later installation on Storax mobiles. It was not until 2018 that Keith got back in touch to say that increased abattoir throughputs required additional storage space, necessitating the installation of 5 mobile bases and associated racking at operating temperatures to increase the store capacity to 984 pallet positions.

After an initial check by Barpro technicians to confirm that the floor had not been affected by frost heave, the bases were manufactured in Cape Town, arriving onsite at the end of February. The additional racking arrived shortly thereafter.

As with all retrofit jobs, things don’t always go quite according to plan. The room was completely full which made the base installation difficult and insufficient racking was delivered initially to complete all the mobile bases.

However Danie Coetzee and Werner Le Roux fitted the first 3 Storax bases and racking in just over a week which gave the manger Alwyn Smit sufficient space to carry on with before leaving for Cape Town, returning three weeks later to compete the installation.

Keith phoned after the project was completed to convey the client’s thanks and to say that the estimated payback period would be just 6 months as stock no longer had to be transported to Windhoek for storage.

So, when designing a freezer or chilled store, it’s worth installing Storax rails, even if they aren’t needed for another 8 years!