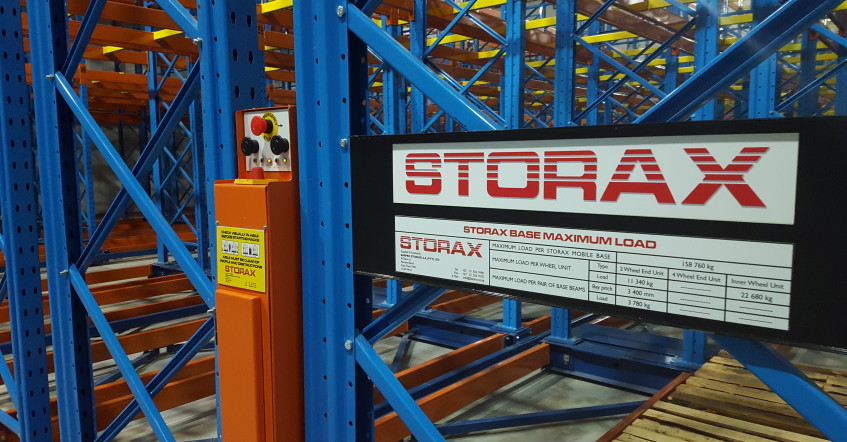 Southern Africa Frost Heave-  “I was interested to read your Cold Facts article on frost heave in tropical climates. I am involved with the installation and maintenance of Storax mobiles in Sub Saharan Africa. As Storax mobiles require a level floor we are particularly concerned about frost heave and have seen many examples of it.

The climate in Southern Africa includes both tropical and subtropical areas. The Johannesburg area experiences nocturnal winter temperatures of below zero Celsius while Durban has high levels of humidity. Cape Town city temps do not go below zero Celsius.

Originally the preferred method of preventing frost heave was to create air vents under the floor insulation. Frost heave was not really understood and stacking methods did not require particularly level floors. In one store the air vents were sealed to prevent rodent ingress. This led to frost heave in places of over 900mms.

The adoption of mobile racking focused attention on level floors and frost heave in freezer stores. Initially there were incidents of floors “dropping” in mobile retrofit situations where a room was switched off to install the mobile rails in an overlay concrete slab. Heat from the curing slab melted 20 years of ice that had existed under the insulation.

The most popular method is the electrical heater mat which comes on if the underfloor temperature reaches 4 degrees Celsius. There are generally three circuits laid in a protective sand bed. Problems tend to arise if the heater mats are turned off as any heave can cut the cables. I have seen one situation where heat mat cables were retrofitted under an existing floor via holes drilled in the existing underfloor insulation.

In challenging ground conditions freezer stores can be elevated on columns. This is particularly advantageous in urban areas where the additional space can be used for parking cars!

Floors can move by over 150mms relatively quickly where a heater mat has malfunctioned. All floor cracks should be investigated immediately. Use of a ball bearing can show how the floor is moving.

More recently there have been frost heave problems in chilled fruit stores where temperatures are now able to go slightly below zero Celsius for extended periods. New stores are installing underfloor insulation and on occasion heater mats, especially if the floor is not elevated when compared to the surrounding area.

Glycol mixtures heated via a heat exchanger from the condenser are becoming more common. Air pipes have also made something a comeback after experience gained from Australia where they are commonplace. However, as the original article noted, pipes need to be at a slight angle to allow condensation to drain and in humid areas should be accompanied by forced hot air via fans. I have seen an instance in Australia where ventilation pipes have been blocked by ice, resulting in heave.

Glycol systems need to be watched.

Flow meters are important as indicators that the glycol mixture is moving in any set of plastic pipes. Temperature is also important as the floor can be heated to unnecessary levels resulting in an increased heat load on the refrigeration system.”